Over the past few weeks, we have written a series of blogs addressing Magento 1 End of life. The previous blogs covered the impact on merchants and integrations. This blog is a comparison, featuring Magento and Shopify.
Full disclosure, we love Shopify. Fisher Technology is partnered with Shopify for more than 7 years, and we are a Shopify Plus Integration Partner. However, for this blog, we present the following research and will do our best to give an impartial comparison between Magento and Shopify.

Magento – custom, self-hosted solution.
Shopify/Shopify Plus – hosted solution – this platform takes on all the technology risks. Their cloud hosting scales as your business grows. In addition, Shopify Plus offers best in class security, including a high level of PCI compliance.

Magento has versions – the challenge with versioning is that they can be sunset, hence the issue now that Version 1.x is being sunset in June 2020.
Shopify/Shopify Plus – Is versionless and future proof. You will never be forced to replatform due to a version being sunset. On average, Shopify has two major annual platform releases.

Magento – Magento has a large library of extensions. However, many that are developed for Magento 1 are not compatible with Magento 2, making it challenging to replicate current store functionality.
Shopify/Shopify Plus – Shopify and Shopify Plus have a large, vibrant App Community. Independent developers and Shopify develop the Apps, with many of them offered free of cost.

Magento – even if your store is currently on Magento 1, moving to Magento 2 requires a complete rewrite of the webstore. The rewrite can be very expensive - estimates start at around $300,000. With Magento, merchants are responsible for their store’s functionality. Any changes require a considerable amount of work and a good developer to make it happen! Migration from Magento 1 – 2 can be more than 9 months and Magento only offers one free Theme!
Shopify/Shopify Plus – Shopify and Shopify Plus are much easier to set-up. It is easy to test different features and, for example, check out the latest marketing tools. With Shopify, you can pick a template and have a store up and running in a matter of minutes. Shopify Plus stores can be developed for under $200,000.
Migrating from Magento to Shopify Plus can be done in as little as three months.
Shopify has several free themes and provide a drag and drop website builder.

Magento Open Source – starts from around $15,000. Magento Commerce licensing starts at $22,000 per year. For larger brands, the cost is considerably higher. You must also add in hosting costs which can run around $40,000 + per annum. Any technical development requires a skilled developer and their salaries typically start at around $100,000 per year. (www.aitoc.com/blog/magento-pricing-how-much-it-costs-to-run-a-magento-store/)
Shopify Plus – including security and hosting, costs are $2,000 per month or $24,000 per year. They do charge transaction fees (www.websitetooltester.com/en/reviews/shopify/pricing/)

Magento powers 12% of all eCommerce sites
11% of websites using Magento are based in the US
1.9% of the CMS market, and over 250,000 active sites
202 Magento users are in the internet Retailer Top 1000 list
Magento handles over $155 billion in transactions every year
(hostingtribunal.com/blog/magento-statistics/#gref)

Magento – Most integrations with Magento need manual installation, requiring a developer
Shopify/Shopify Plus – built-in integration for synchronizing Amazon and eBay, Social media and Google, as well as Fulfillment by Amazon. Built-in synchronization for marketing automation platforms is included for free

In addition, there are many other comparisons between Magento and Shopify - including basic features, load times, SEO, blogging - probably enough for another blog on another day!

There is a wealth of information on the internet that you can find: blogs, statistics, news articles, web agencies information and the vendor websites for both Magento and Shopify.

You can make your own mind up about which platform wins for you, for us it’s Shopify/Shopify Plus!

Do you want help with your replatform selection?

Did you miss our other blogs in the series? 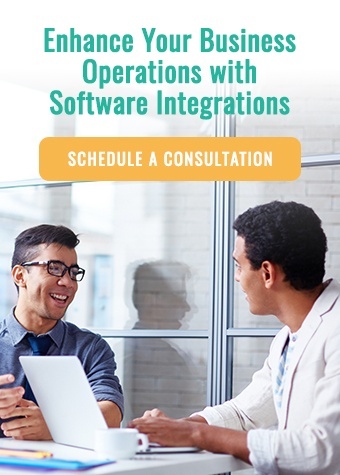